It's been a month since the WannaCry ransomware attack wrecked havoc across Windows networks via SMB and I'd like to take a moment to review where we're at today. Here are some numbers to kick things off:

Initially, we observed around 100,000 services on the Internet affected by DoublePulsar. That number slowly declined over time but then took a dramatic drop once WannaCry was released. 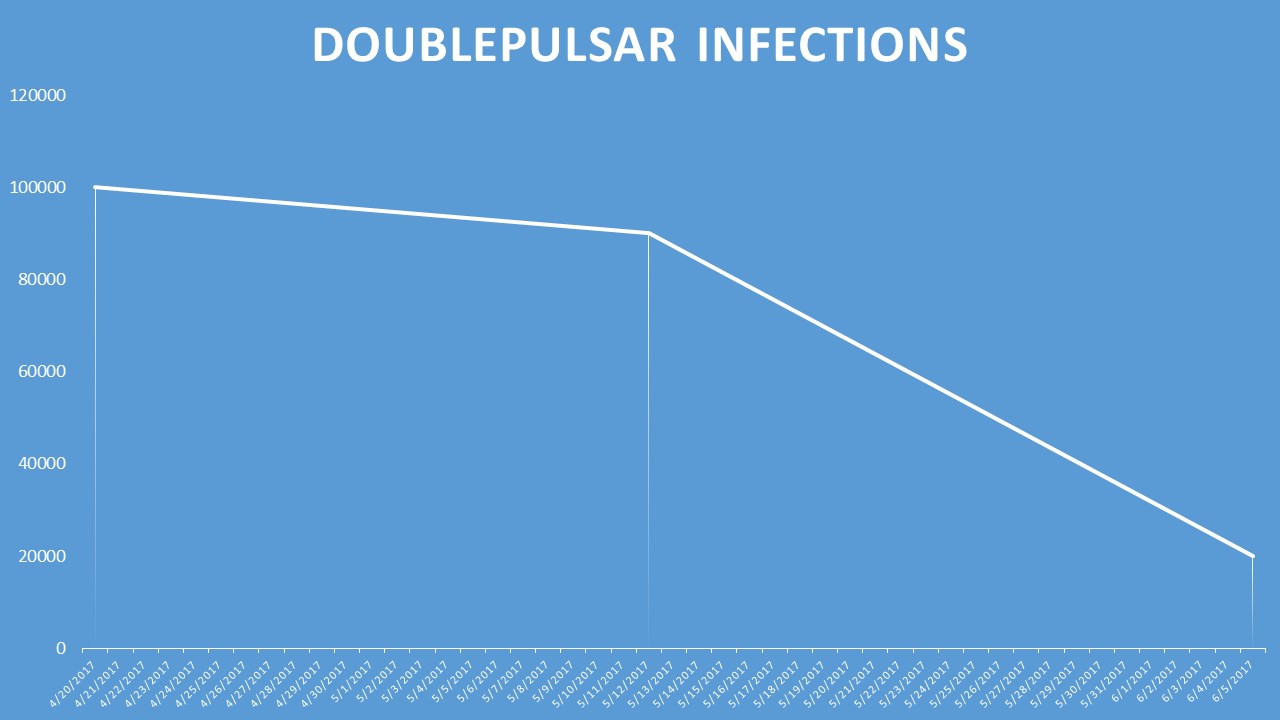 The DoublePulsar infections are continuously going down which indicates that people aren't using the publicly-available code released by the Shadow Brokers against Internet-accessible SMB. Theoretically, all Windows devices running SMB should be patched by now and therefor no longer vulnerable to the issues in MS17-010. If that were the case it would explain the lack of DoublePulsar propagation. However, there are still at least 91,081 devices vulnerable to MS17-010 which means that there remains a significant exposure of vulnerable SMB services on the Internet.

SMB version 1 is more than 20+ years old and widely considered to be deprecated, inefficient and insecure. There are also many newer versions available of the SMB protocol that address the short-comings of the initial SMB version. At the moment, the vast majority (96%) of SMB services on the Internet support SMBv1 - only 4% require SMBv2 in order to connect. 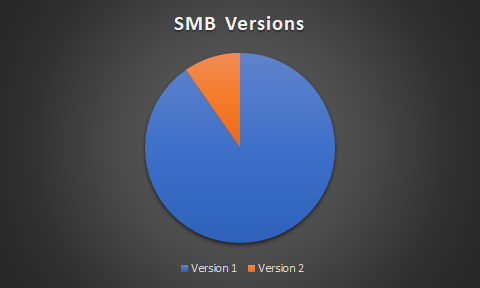 That's not a huge surprise as SMBv1 support is enabled by default on most products and many popular tools expect SMBv1 to be running. 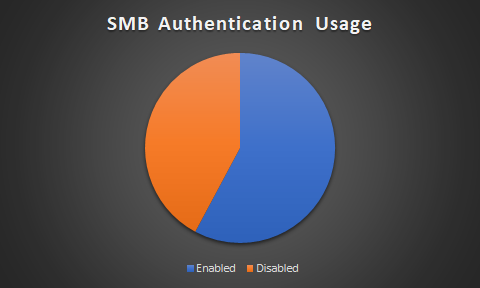 The chart only tells half the story, though. It turns out that more than 90% of them are running Samba. Basically, almost all of the instances of SMB on the Internet that allow guest access are running Samba - i.e. not the Windows SMB service. By default, neither SMB service allows guest access. I speculated that there might be a packaged release of Samba somewhere that may allow guest access by default but once I looked at the distribution of results the issue became clear:

Of the Samba instances that allow guests 50% are located on the network of Etisalat. Even though there are many systems on the Internet that expose guest access the numbers show the exposure is largely caused by a single Internet provider.

Finally, while there was an initial drop in total SMB exposure on the Internet after DoublePulsar/ WannaCry we've since started seeing a steady increase again.

PS: Shodan has been keeping track of SMB on the Internet since January, 2013.